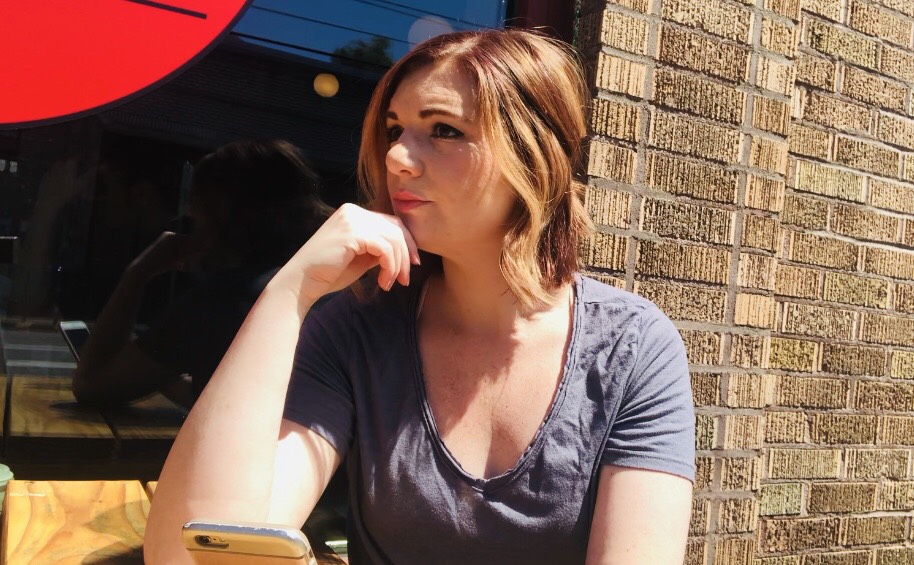 Hi! Can share a little about yourself and what you do?

Well my name is Kara and I am currently what some might call an “influencer” on social media.  I’m still trying to get used to the idea of the title, I never set out to influence anyone on social media, only to get the things I was feeling and experiencing out of my head and into print.  I consider myself a writer and mental health advocate.  I got sober 3 and a half years ago and was just narcissistic enough to believe people would want to hear my story.  I decided to approach my journey differently, using self-deprecating humor to be relatable to others who may be struggling as well.  I believe firmly that humor heals, and if I can make one person feel not so alone that I have done my job.  I make memes and text posts on Instagram, Twitter, and Facebook, with the largest following coming from IG.  I focus on dating, mental health awareness, and just overall issues that women of all ages can find relatable.

Can you tell us about a significant heartbreak and how you recovered?

The biggest heartache of my life came in my mid-late twenties.  I was 27 and I truly thought I had met my person.  We will call him Ben for this interview, to protect his innocence.  Ben watched me flirt with his friend all night, with literally zero results, but for some unknown reason, never left my side.  He was a friend of a friend and I had never met him before this night.  After his friend left for the night he made his move.  We ended up talking for hours, after the bar closed we sat on a bench outside until the sun came up, we could not get enough of each other’s company.  We made plans for the following night, and became pretty much inseparable after.  We didn’t have a lot in common, but what we did have, was an intense interest in each other.  We introduced each other to our own hobbies and interests, and found that we enjoyed doing everything together.  He was amazing.  To make a terribly long story short, about 6 months in he found out that his job was moving him to Chicago and he would be moving in two weeks.  He asked me to move with him, but with it still being so new, and my own insecurities and fears, I decided to stay behind.  When he left for good, I had never been so sad.  I still get small pings of pain when I think about what could have been with Ben, he was something special.

Now it should be said that I have never been known for my quality coping skills.  I’m sober now due to reckless behavior in all aspects of my life.  I wasn’t sober when this happened.  I originally handled the heartache the old-fashioned way, by getting really really drunk.  I started going out more than usual, trying to numb the pain of my best friend moving with booze and new boys.  I was unsuccessful.  It wasn’t until about two months later that I really looked inside and realized that I wasn’t getting over Ben.  We were still talking like we were together though we both knew we weren’t, and I knew the only chance I had to get over him was to get rid of him.  I had to cut him out of my life completely.  We talked, and both agreed this was the best way for us both.  We unfollowed each other from social media, stopped calling and texting, and phased ourselves out of each other’s lives.

I would say it took a full year to truly get him out of my system, but I still compare every person I date to the things I loved about Ben.  He has become the benchmark for all relationships I have had since.

What are major red flags for you when you start dating someone new?

Now based on my memes, it would seem that I’m really bad at dating.  The truth is, I’m actually pretty good at it, because of all of the horror stories I have from putting myself out there.  For me, one of the biggest red flags in a person is when they don’t remember the things you say.  It can be hard at the beginning to really test this theory, but even little things, like where your office is, what you do, how many brothers and sisters you have, the little things.  If I find a guy asking me questions I know he has already asked, my guard goes up.  He isn’t a good listener, now I’m not expecting a man to memorize everything I say, but if he is really into you, he will log the important things away.  Another huge red flag for me is when they always want to stay in. You know the guys, the “stay in and watch Netflix” kind of guys.  For some reason a guy that doesn’t want to go out and do things, is a guy that will bring you down in other parts of your life.  The occasional veg session is amazing, but its not a date.  There are more obvious ones as well, the phone facing down on the table, the “always busy” but never has anything to talk about, the “only hang on weekends” guys.  Be careful of anyone who says they are busy but never have anything to talk about.  Lastly, never, and I mean never, date a guy who claims to be a fan of Barstool Sports or the Chive.  They are total douchebags one hundred percent of the time without exception.

What are your favorite mood elevators to uplift and inspire you?

It is very hard for me to pull myself out of a funk once I’m in one, and when dating, those funks can happen often.  There are a few things I have found that are able to help me feel good after a recent breakup or bad date, the biggest is laughter.  I have to laugh, whether it’s a comedy special on Netflix or a movie I have seen a million times, laughter really is the best medicine.  I’m also lucky enough to live in one of the most beautiful places in the US, the Pacific Northwest.  When I’m feeling sad or low, I go into nature.  I make a lot of jokes about not liking hiking, and I stand by those.  But a stroll through a park, or a drive to a waterfall can make all the difference, fresh air to clear your head and your heart is very important.  Lastly, as silly as it sounds, take a selfie and post it, if you are feeling self-conscious, use Snapchat and their amazing filters.  Be proud of who you are, what you bring to the table, and share it with your friends.  There is nothing wrong with posting a fire selfie when you are feeling down to bring you back up and don’t ever let anyone tell you there is.

Do you stay friends with your ex? Unfollow or follow them on social media, etc?

Now of course this depends on the ex, but when it comes down to it, exes can’t be friends, and if you aren’t friends why are you following them on social media.  Now this goes for exes, not the guy you went on two dates with from a dating app.  The two date guy can be an amazing friend, in fact one of my closest friends who has been through hell and back with me was a guy I met on a dating app.  True exes, someone you had a romantic relationship with, someone who you considered your partner, there is no staying friends.  If you are honest with yourself, how would you feel if he started dating someone new? Bad? Probably.  That means you aren’t friends.  Absolutely unfollow, in fact remove him from your saved address in maps, delete the number and the text thread, remove the posts of you together from social media if you have to.  Whatever you need to do to truly move on is important.  Friends love and support each other in all parts of life, if there is a part of their lives that you can’t support, you can’t be friends.  I have never once successfully been truly friends with an ex, and I don’t really have that desire.  I have enough friends, my happiness and sanity are far more important.

Any tips for our users on moving on from heartbreak?

All of the things I’ve mentioned above and also this last thing.  Don’t be afraid to move on.  Don’t feel like you have to mourn over the loss of the relationship, you are wasting precious time.  Go out there and find yourself a new man.  Relationships end for a reason, accept that reason, learn from it, and apply it to your next relationship.  Don’t drag it in as baggage, bring it as lessons learned so you can be your best self for your potential person.