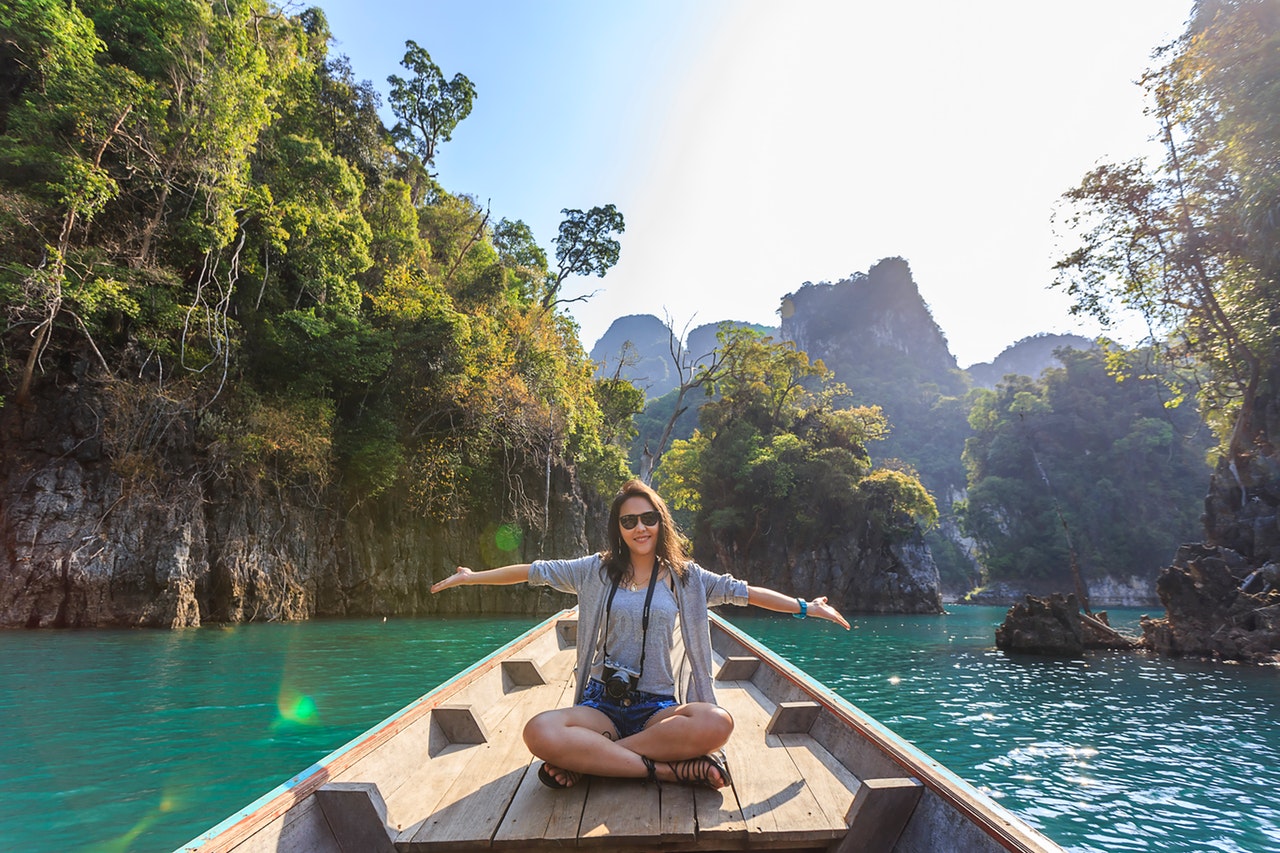 Women are hitting the road in record numbers—whether or not they have a travel companion. Why wait until you find someone with the exact same interests, schedule, and finances to go adventuring?

Okay, things could go wrong. There’s a reason that fear stands between many women and travel. There’ll be lonely moments, and there’ll be shady situations. You need to be smart—but that doesn’t mean you shouldn’t explore.

“Traveling isn’t always easy,” says Kelly Lewis, the founder of the Women’s Travel Fest conference, the female tour company Damesly, and Go! Girl Guides, which offer female travelers solid advice (think: avoid the beach at night, establish boundaries with men, look for other women, be aware of who’s around you—and your bag). “It’ll push you, check your ego, and stretch your comfort level…but it’s always surprising. Ultimately, it makes you realize just how strong and capable you are. ”

Here are 4 life lessons traveling by yourself can teach you, according to women who seriously love exploring on their own.

2. Sometimes, you just need to do it. Paula Froelich, the former editor of Yahoo Travel and the producer of the (hilarious) blog and video series A Broad Abroad, says, “I always wanted to travel [in my early 20s], but there was an innate fear of actually doing it. I’d talk about it, plan, then make an excuse…until one day, I finally went. I moved to England with $600—and it was so much easier than I’d tricked myself into believing.”

She stayed a couple years before returning to New York and says that today, she fully embraces a trigger-happy travel ethos. “If we take too long to do something, we psych ourselves out. Now I tell people I’m doing something before I do it to make sure I actually do it. Yes, I still psych myself out and, yes, I still get intimidated. But pretend you’re a Nike slogan: Just do it.”

3. Being your own BFF is awesome. In normal life, “we’re never alone—never quiet, never able to actually sit and think, Who the hell am I?” says Froelich, an intrepid traveler who’s taken solo trips to places like Afghanistan to go skiing.

And that’s what makes party-of-one adventures so fulfilling. “There’s beauty and power in loneliness and embracing the fear of being lonely—you can actually sit with yourself,” adds Froelich. “I always quote [the movie] Buckaroo Banzai: ‘Wherever you go, there you are.’ If you only have yourself for company, then you have to get to know yourself and reconcile things you haven’t thought about in years. You become your own best friend—something that eludes a lot of us. It’s scary, it’s weird, and it’s wonderful.”

4. Never underestimate the kindness of strangers. “The world is mostly safe, and people are mostly good. Don’t be afraid to talk to strangers: The more people know you, the more they look out for you,” says Lewis. “I’ve been in tough situations, but each time, someone—seemingly out of nowhere—has come to my rescue.”

Like the time, on a long bus ride in Bolivia, she had befriended her seatmate—and when the bus started to leave without her after a bathroom break, that new friend made the driver turn around to let her back on board. “Had I not been open to chatting with her, my fate would’ve been really different.”