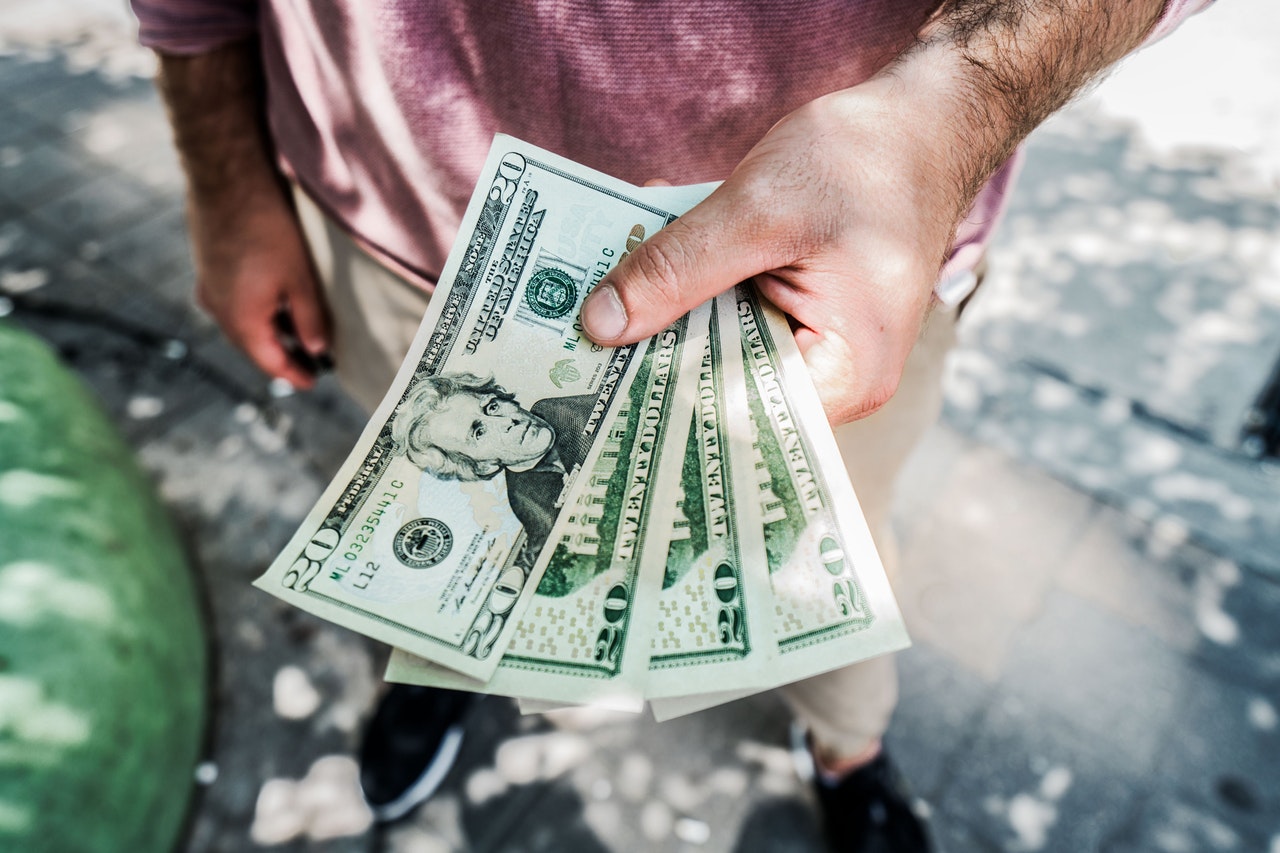 Today, though couples are waiting longer to officially tie the knot, they’re still moving in together at about the same point (a bit before the two year mark) in their relationship. That means there’s a whole swath of people who are unmarried and co-habitating. While this newly established waiting period has done wonders for the divorce rate—which dropped 18 percent from 2006 to 2018—it’s left those people who break up before making things legally official in a bit of a bind. Marriage, outdated as it may feel—a $30,000 party in this economy?—is basically a package of legal protections. It includes a roster of financial failsafes, should you ever split from your beloved. Without the mechanism of legal divorce, splitting up can quickly become monetarily dicey, and as a result, some people are taking matters into their own hands by asking their exes to help out with breakup-induced expenses.

To add to that, more of us are drowning in debt, many cities are facing housing shortages, and fewer young people own their own homes or have put equity into a home with someone else. That means that when they move out, they’re often breaking leases or being forced to pay two rents until they can find another roommate to move in. But those aren’t the only money concerns when you break up with someone. As Alicia McElhaney, founder of She Spends, explained to me, “It’s not just breaking a lease or a mortgage. Packing your stuff up, finding a new place. That all adds up pretty quickly.” Additionally, McElhaney adds, “An ex might feel pretty spiteful and refuse to pay for things that they promised to pay for, including big purchases that you’d agreed on.” This all makes breaking up painful and painfully expensive.

But in our modern times, it’s possible to ask an ex for money without ever having to see them face to face, or forcing them to learn how to wire money from one bank account to another like a hacker in a 90s movie. Apps like Venmo, Cash App, Zelle, and PayPal have eliminated all the work—and some of the awkwardness—from asking your ex to pay couch support.

Perhaps ironically, it’s generally more acceptable to request larger amounts of money, but only if there was an agreement or a contract about what it was spent on. McElhaney says: “If they owe you money for rent, or mortgage payments, or anything big where the both of you are in a contract to pay for something, and they leave that contract, I think it’s more than reasonable for you to ask for [their share of] that money.” Additionally, she says, if a partner said they’d split the cost of a major purchase like a trip or a new mattress, it’s perfectly reasonable to ask them to uphold that agreement. Why the breakup occurred matters too. “There’s generally more leeway if it seems like the other person has wronged you.” If, for example, your partner has cheated on you, or left without warning.

Chris Moedjio, 37, says that he knew he needed to break up with an ex of his, but they were scheduled to go on a trip to New York City for Pride. “Minutes after I dumped him, he asked me when he was getting his money back. [I] briefly considered keeping it, but then felt awful.” He paid his ex around $450, but, he says, “I don’t regret it at all. It’s a break-up tax I’d gladly pay again.” Another woman, Julia, went collecting when her ex cheated on her. “I found out after I had already bought his birthday gift. I made him pay me back the $600 and I proceeded to enjoy the hotel and show with my best friend.”

Other people ask for money from exes as a way to communicate that they were owed better. One woman asked her ex for half the cost of an Airbnb they’d recently shared. She told him it was compensation for “wasting her time, emotions and money,” even though she thought the odds of him actually paying her back were slim. “I had zero expectations of him repaying me, but I could have used the money, and I gave zero fucks if he thought I was petty.” He did not pay.

Gaby Dunn, author of the book Bad With Money, points out that sometimes asking an ex for money during the breakup fallout is the first honest conversation a couple has about finances. “In the beginning, you don’t want to talk about money because that requires existing in the real world where you might break up,” Dunn says. McElhaney adds, “Our parents who are baby boomers or Gen-Xers often taught us that talking about money is impolite. I don’t think that’s true at all, but we still have this notion that talking about how much you make, or debt, will be a turn-off.” Hence, money resentments tend to get kicked up during a breakup, when hurting one another, or getting closure, becomes the goal. Somehow, we feel like getting money might absolve or soothe us, that financial compensation might be a concrete sign that we actually came out on top.

But there’s a lot you can do to protect yourself from the expensive shock of a breakup, according to McElhaney. At She Spends, they call it a Fuck Off Fund, an amount of money you’ve squirreled away for emergencies or unexpected expenses, which, in the event of a breakup, helps massively. Not only that, but McElhaney urges folks to put their name on any lease or mortgage, no matter what, to make it much easier if you need to leave.

Whether you ask your ex for money to be funny or beg them to reimburse you for half of the $2,330 Blendtec Stealth Blender they made you split with them, just don’t make your Venmo request the first honest money discussion you two have.